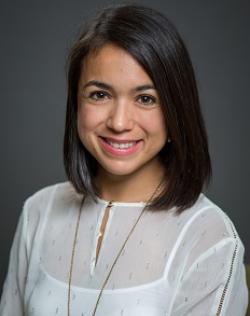 Sylvia Peral knows the value of hard work. The native of Hermosillo, Sonora, Mexico, learned it from her father, and worked two jobs to put herself through college.

That’s why she is working hard to boost Latino health.

She has spent the past three years working on a research program to address Latino cancer disparities at UAB’s Department of Preventive Medicine. She’s also interested in studying how dietary patterns and infectious disease are related to stomach cancer.

To further her training and education, Peral applied for the Éxito! Latino Cancer Research Leadership Training program. The program, led by Dr. Amelie G. Ramirez at UT Health San Antonio with support from the National Cancer Institute, recruits 25 master’s-level students and professionals each year for a five-day summer institute to promote doctoral degrees and careers in Latino cancer.

Before Éxito!, Peral wasn’t sure she was capable of applying to a doctoral program.

“After spending a week listening to inspiring stories of other students that have had some of the same obstacles as I have, I feel like I'm not alone,” Peral said. “I can take the next step in my career.”