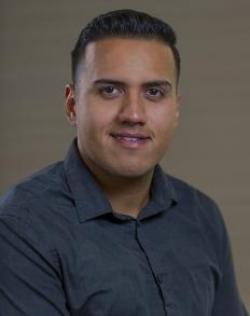 Growing up in the mainly low-income, Latino areas of Baja, Calif., and Coahuila Mexico, Benjamin Aceves developed a compassion for his community.

He decided he wanted to help people get healthier.

He now works across Southern California to increase awareness in nutrition and physical activity among Latino communities.

To explore how to take his work and educational career to a new level, Aceves found and decided to apply for the Éxito! Latino Cancer Research Leadership Training program, which offers a five-day summer institute and internships to encourage master’s-level students and health professionals to pursue a doctoral degree and a cancer research career.

Aceves said he learned a lot about cancer and doctoral programs at the Éxito! Summer Institute, and it has given him “the confidence to succeed.”